Home / About / Administration / Board of Regents 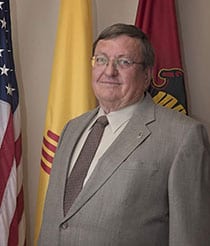 Bradford Christmas graduated from NMMI’s high school division in 1970 and attended one semester of Junior College before transferring to Oklahoma State University. Mr. Christmas is a current and past member of New Mexico Military Institute Board of Trustees, also serves on the board of directors for New Mexico Cattle Growers Association, Vice President of the Board of Directors Parker Center for Family Business, a division of Anderson School of Management at UNM, and also the member of many organizations to include New Mexico Farm and Livestock Bureau, and American Quarter Horse Association.

Mr. Christmas lives in Wagon Mound, NM with his wife of 42 year, Becky and they have three children.

M. Christina Montoya, LMSW, CJSOT, is a 1996 Junior College graduate of the New Mexico Military Institute, where she earned her Associate of Arts Degree with a concentration in Spanish. She is the mother of two daughters. One is currently a high school cadet at NMMI and the other is a prospective cadet planning to attend for junior college in the fall of 2021.

Ms. Montoya earned a Bachelor of Social Work: Cum Laude and a Master of Social Work with a Concentration in Leadership and Administration from New Mexico Highlands University. She is a licensed social worker, licensed special education teacher, and government relations specialist. Social policy and advocacy at all levels (micro, mezzo, and macro) are her greatest passions. She is currently contracted as a school social worker with Santa Fe Public Schools, and has experience as a Behavior Intervention Specialist and teaching English as a Second Language to students with disabilities. She is a Certified Juvenile Sexual Therapist. She is looking forward to completing her certification as a Financial Social Worker and is also working towards attaining an LCSW.

Ms. Montoya has been recognized as a Behavioral Health Champion by the National Latino Behavioral Health Association (NLBHA), serves on the NLBHA board of directors, and has served as chair of the planning committee. She serves on the executive committee as the Vice President for Finance for the National Association of Social Workers: NM Chapter. She also serves on the NM Public Education Secretary’s Family Advisory Committee, NMHU Alumni Association Board of Directors, Behavioral Health Advisory Committee for Desert Forge Foundation, Advisory board for Yellow Ribbon Suicide Prevention: NM Chapter, and the advisory committee for the documentary film Hispanic America: The Untold Story. She also volunteers her time assisting other worthy organizations. 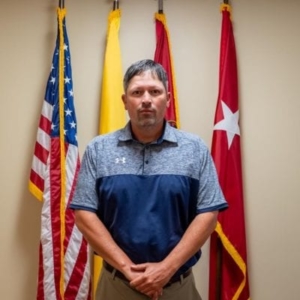 Alan Edmonson grew up in Roswell, NM. After graduating from Robert H. Goddard High School, he attended New Mexico State University in Las Cruces, NM where he earned a Bachelor of Arts degree in History. He is currently working on a Master’s degree in Educational Administration.

Alan is the son of Alan Edmonson Sr. who spent 20 years at New Mexico Military Institute as a teacher, football coach, and head track coach. His mother, Bernadette Edmonson, was a music teacher, counselor, and administrator in public education.

Alan has been teaching (history and economics) in New Mexico classrooms (Socorro, Roswell, and Carlsbad) for the past 19 years while also serving as the head baseball coach during this time. He is currently a teacher and head baseball coach at Carlsbad High School. In his role as a teacher, Alan has focused his attention on serving all students. He is passionate about working with and mentoring at-risk and disadvantaged students. Alan has presented at education seminars on classroom management and student motivation. He also developed and led an alternative education program for at-risk middle schoolers in Socorro, NM. Alan has served as a mentor teacher and been a member of several superintendent advisory councils.

Alan is passionate about our youth and education. His motto has been “every student- every day.” It is his belief that it’s important to interact with every student every single day on a personal level. Every student leaves his class daily knowing that there is an adult who genuinely cares about them and loves them. 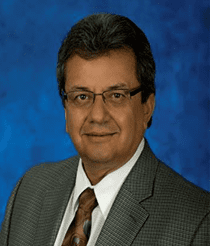 John Garcia is currently the District Director of the United States Small Business Administration’s for the New Mexico District Office located in Albuquerque, New Mexico. He was appointed to this position in October 2016. He is responsible for the statewide delivery of SBA programs and services to support business owners in starting and growing their businesses, create jobs and develop local economies through capital, contracting, exporting and counseling initiatives throughout New Mexico. Garcia first-hand knowledge in business and government, with a strong commitment to our Veterans in our local communities brings a unique asset and advocacy for New Mexico small businesses.

Prior to joining the SBA, John Garcia was President and owner of Garcia & Associates, a privately owned consulting company with over 25 years of professional administrative and hands-on experience in the area of inter-governmental relations working closely with the public and private sector at the federal and state level specializing in strategic planning, tactical marketing, and business development with a special emphasis on veteran wellness and stability.

Garcia & Associates, is a service-disable veteran owned company, which consistently demonstrated excellent interpersonal and communicative skills, critical thinking, and strategic reasoning, sound counseling for both the public and private sector leaders in complex matters, providing sound judgment and a business acumen. Garcia consistently demonstrated cultural sensitivity, planning and project management skills with a strong tactical understanding of issues and needs of small business owners, veterans and their families as well as military members with an emphasis in wellness, education, employment and business development

John M. Garcia was appointed by the White House as Deputy Assistant Secretary for Intergovernmental Affairs for the United States Department of Veterans Affairs in June 2011. Garcia oversaw VA’s Intergovernmental, Tribal Government, International, and Consumer Affairs Programs. He was responsible for developing, managing and coordinating the department–wide intergovernmental and consumer affairs programs, while providing VA senior leadership with strategic advice, guidance and information by fostering partnerships and acting as a liaison between state, local, tribal and international governments.

In 1969 Garcia was drafted into the United States Army and took his Basic and Advance Infantry Training at Fort Ord., California. He served with the 4th Infantry Division in the Central Highlands of South Vietnam from 1969-1970, and was honorably discharged in 1971.

Mr. Garcia attended the University of Albuquerque, Chamber of Commerce Institute at Stanford University and the Kenan-Flagler Business School at University of North Carolina. 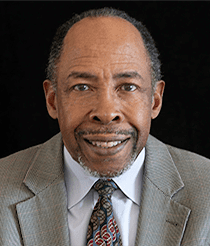 Dr. Page held faculty positions at the USAF Academy in Colorado Springs (ROTC Commissioned Officer, USAF), the University of Colorado at Denver, and the University of New Mexico-Los Alamos. He also served as executive director of the Community Technical Skills Center, a nonprofit training organization in Denver, Colorado.

Dr. Page held the position of Associate Director for Minority Affairs and Academic Programs at the Washington Higher Education Coordinating Board. He was responsible for developing and coordinating state-level policy initiatives and planning to increase the participation and achievement by people of color and students with disabilities; for monitoring gender equity; and administering the state’s degree authorization, academic program review and the State Approving Agency (veterans’ education programs).

As Director of the Center for Social Responsibility and Community at the State University of New York, College at Oneonta, Dr. Page was responsible for administration of grant funds, faculty development of service-learning courses, campus-wide student volunteer and service efforts through the Center, and leading research and community collaboration regarding service.

As the Dean of the Faculty at DigiPen Institute of Technology in Redmond, Washington, and Dean of Instruction at UNM-Los Alamos, Dr. Page served as the chief academic officer in all areas related to the faculty, the curriculum, academic programs, and academic support services.

As Executive Director of the UNM-Los Alamos campus, Dr. Page served as the chief executive officer for the branch campus. He retired as Professor Emeritus Geography in January 2017 from UNM-Los Alamos and currently teaches online geography courses at UNM-Los Alamos. Dr. Page has consulted with public, private, and nonprofit sector clients on topics that include team building; organizational performance and accountability; accreditation; leadership; institutional diversity (race, class and ethnicity); and teaches courses on urban, human and regional geography.

Dr. Page has served as a director on the following non-profit boards: Boys & Girls Clubs of Pierce County; Tacoma-Pierce County Math, Engineering & Science Achievement (MESA); the Board of Trustees of the United Way of Northern New Mexico; the Los Alamos Resource Board of Big Brothers/Big Sisters of Northern New Mexico; and the Regional Development Corporation (New Mexico). He served as president of the Santa Fe Branch of the N.A.A.C.P.; UNM-LA Faculty Senate representative; and as member of the KUNM Radio Advisory Board. Recently, he served on search committees for Big Brothers/Big Sisters-Mountain Region (CEO) and Santa Fe Community College (President). Dr. Page is a public commissioner on the Accrediting Commission of Career Schools and Colleges (ACCSC, Arlington VA), and the Commission on Accreditation in Physical Therapy Education (CAPTE, Alexandria VA).

Dr. Page has travelled throughout the U.S. and to Canada, Mexico, Spain, France, Luxembourg, Belgium, Germany, Panama, Jamaica, Eleuthera (Bahamas), and the Dominican Republic. He enjoys golfing, cooking, reading and challenging Scrabble© games with his family and friends. He is married to Doris A. Page, M.D. (retired) and they have two adult daughters and a grandson.

Board of Regents Meeting Minutes And Agenda 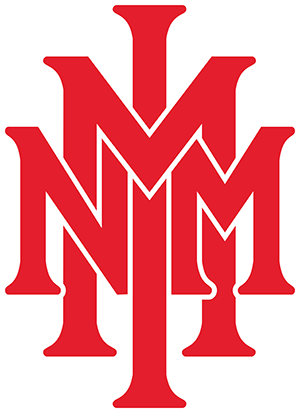 Learn more about upcoming news and events on our social feeds!

Be the leader you dream to be! NMMI prepares you with solid academics and a focus on personal character development to put you on the path for a bright future.

This site uses cookies. By continuing to browse the site, you are agreeing to our use of cookies.

We may request cookies to be set on your device. We use cookies to let us know when you visit our websites, how you interact with us, to enrich your user experience, and to customize your relationship with our website.

Click on the different category headings to find out more. You can also change some of your preferences. Note that blocking some types of cookies may impact your experience on our websites and the services we are able to offer.

These cookies are strictly necessary to provide you with services available through our website and to use some of its features.

Because these cookies are strictly necessary to deliver the website, refusing them will have impact how our site functions. You always can block or delete cookies by changing your browser settings and force blocking all cookies on this website. But this will always prompt you to accept/refuse cookies when revisiting our site.

We fully respect if you want to refuse cookies but to avoid asking you again and again kindly allow us to store a cookie for that. You are free to opt out any time or opt in for other cookies to get a better experience. If you refuse cookies we will remove all set cookies in our domain.

We provide you with a list of stored cookies on your computer in our domain so you can check what we stored. Due to security reasons we are not able to show or modify cookies from other domains. You can check these in your browser security settings.

We also use different external services like Google Webfonts, Google Maps, and external Video providers. Since these providers may collect personal data like your IP address we allow you to block them here. Please be aware that this might heavily reduce the functionality and appearance of our site. Changes will take effect once you reload the page.